The Portuguese minority in Siam 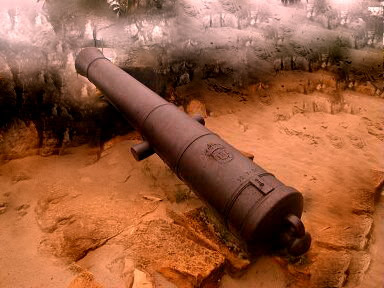 Ayutthaya
1756: Wartime
“Some regiments, entirely composed by Christians, were ordered to guard and defend the bastions of Ayutthaya”.
“In several attempts the Burmese tried to take the village of San Jose, but were repelled by Christians who, in the words of the mandarins, contrasted with the timidity of the other Siamese troops”.
“Among the Christians, some guarded the bastions, others were gunners of the thirty pieces of artillery that protected the capital”.
(Launay, Adrien. Siam et les missionnaires français)
1766: Flock unloved by their shepherds
“Les portugais se refugierent dans ce royaume, lorsque les Hollandais les chasserent de Malaca. Leur pauvreté est extrême, parce quils y vivent dans la pareses & dans la debauche”.
(Abbé de Fontenai. Le voyager François oú la connoissance de l’ancien et du Noveau Monde)
1767: Teaching the art of war to merchants
Werndlij, the foreman of the Dutch VOC hired ten Siamese-Christians and asked them to fortify the Dutch factory and taught [him] to carry and use firearms.
(VOC Archives) 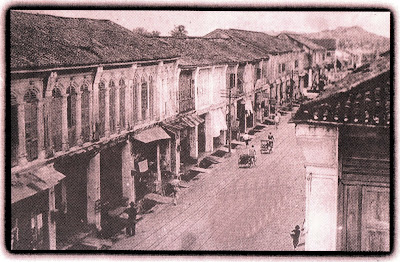 Phuket = Junk Ceylon
1779. Lingua franca
“The Catholic missionaries withdrew from Siam in late 1779. Joseph Coudé resided for some time in Junsalão*, where he met many Christians who welcomed them with joy. I suppose most of these are mixed to the Portuguese".
(Gerini, G.E. Historical retrospect of Junkceylon Island)
* When Captain James Forrest visited Phuket in 1784, was received by Governor of the island (Phraya Phimon) and the local interpreter was a Christian who was able to speak Portuguese language.
Bangkok
1820’s: mobility of the Siamese-Portuguese Catholics.
“[The Annamese inspector] came with an old Portuguese named Joaquim, which was born in Lisbon but never returned to Europe since forty years. He married to a Siamese woman and stated that [Siam] was his own country”.
(White, John (1782-1840). A voyage to Cochinchina)
1822. British diplomats monitored by the Siamese-Portuguese
“Early in the morning, a man dressed like a European sailor arrived saying that was sent from Bangkok to serve as a translator and accompany us to the capital. This man was such a degraded self-estimated but important class of society known in India under the name of The Portuguese, a title that could be played by any negro, any native or half-caste who dress one or two articles of European clothing”.“Our visitor bore all the characteristics of the Siamese, among whom were born. He spoke Portuguese fluently, but an imperfect English. He demanded, on behalf of the Governor of Paknam, that the guns should be landed. Was told him that the Portuguese frigate that preceded not landed its guns. He answered that this happened due to special indulgence of the Court”
(Finlayson. George. Thi Mission to Siam, and Hué the capital of Cochinchina in the years 1821-2) 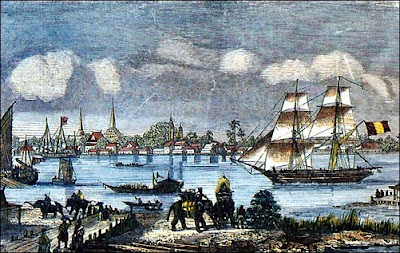 1824-1911: The Tha Chang Portuguese Volunteers Corps
“During the reign of Rama III, the descendants of the Portuguese garrisoned the Tha Chang Habor. One of the Volunteers called Keo Libeiro (=Ribeiro) was appointed by his majesty commander of the artillery and granted with the title of Phrya Visesonkram Ramabhakdi.”
1832-1833. Black Legend: thieves, but working for the King!
“The Christians inhabit a portion of the town near the factory called Santa Cruz, the greater part of which was burned to the ground a short time before my arrival. (…) They are despised both by the Europeans and the Natives, and certainly not without cause for they do not credit to any country which might own them. How the majority of these people can try to live, is impossible to say, but appearances are strongly against the supposition that they earn a subsistence by honest occupation”.“Their communication with Europeans has allowed them to acquire a more extensive degree ok knowledge than the natives, and some of them consequently employed as interpreters and pilots, the captain of the port also belonging to this class”.
“They are to said to be complete adepts to pig-stealing, so much so, that a grunter can be whipped up and carried off without the least noise, and even without the animal itself being perfectly aware of the circumstance”.
(Earl, George. The Eastern Seas or Voyages and Adventures in the Indian Archipelago in 1832-33-34).
1830-18--. Vietnamese Catholics in Conception
“Vietnamese Catholics adapted to life in Siam in a different way that adopted by other immigrant Vietnamese Buddhists. Until recently did not allow their children to get marry to non-Vietnamese.”
(Pool, Peter. The Vietnamese in Thailand: a historical perspective) 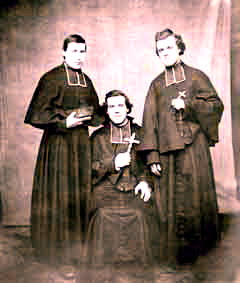 “Many of these are descendants of Portuguese who lived with native woman, and some few are converts in Buddhism. In civil condition they are bellow the Siamese. No part of the population of Bangkok is more degraded. Their children are not taught; their manners are not improved; their knowledge of Christianity is very small (...) and they are neither industrious, cleanly, nor moral.”
(Malcolm, Howard. Travels in South-eastern Asia: embracing Hindustan, Malaya, Siam and China).
Howard Malcolm, 1799-1879. Baptist minister, founder of the American Peace Society, has been sent by the American Baptist Foreign Missionary Union to Burma, China, India and Siam.
1839. Receiving an envoy of the government of British India
“At 4 am halted at the British factory on the side of the river opposite the fort and city of Bangkok and found Piedade, the port Captain, Benedito (=Bento) (who has received from the King the title of Peavisit) commandant of artillery, and Pascal (=Pascoal), all native Christian Portuguese, waiting my arrival at the mat house (...)”.
“In a few minutes we crossed the river, and passing up beyound the landing place used by the king, landed near some large sheds, where we found Piedade and several other native Christians, officers of the Siamese army, dressed in their embroidered uniforms with gold epaulets etc, waiting for us. Benedito had a spare cocked hat, with tawdry embroidery and some rubies of small value stuck about it, carried before him on a thing like a barber’s wig block.”
(Farrington, Anthony (ed). Dr. Richardson’s missions to Siam) 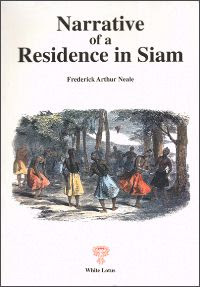 1840-1849: Conflicts between the Christians and the French clergy
“The missionaries on our side were art warfare with those on opposite bank [Assumption] regarding certain points of Church doctrine, but as they were all supported by one society [Missions Étrangères] they were compelled to have a board meeting once a month, to draw up reports and send in their drafts for monthly pay: here violent controversies would ensue, which generally ended in a flood of tears and a hugging all round”.
(Neale, Frederick Arthur. Narrative of a Residence in Siam.)
1855: Portuguese-Siamese as Phrai Luang 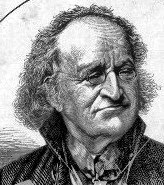 “Many of the Christian communities live apart from the Siamese, in Campongs, or camps. They give their three months of service yearly to the King, or pay regular commutation, and are not molested in other matters (…).”
(Bowring. John. The Kingdom and People of Siam; with a narrative of the Mission to that Country in 1855). 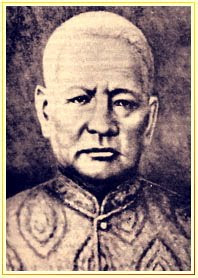 A Portuguese as representative of the Phra Khlang
“The officer charged with the superintendence of the Christians races in Bangkok informed me that their number was between three and four thousand; and this statement was confirmed to me by the Catholic missionaries.They are mostly composed of the descendants by native woman, of Portuguese settlers who, from the days of their ancient Oriental glories, have been from time to time poured out upon the various countries of the East. Few of these mixed races have retained the language of their fore-fathers; of those who are still able to speak Portuguese with tolerable correctness, several were retained for my service by the Court. (...) We were welcomed at Paknam by a functionary of Portuguese blood, clad in a European Court dress, which he said had been presented to him by Sir James Brooke. (…) His name was Alvergarias (=Albergaria). At Paklat he was the master of the ceremonies”.
(Bowring. John. The Kingdom and People of Siam; with a narrative of the Mission to that Country in 1855). 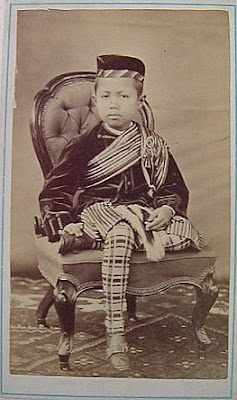 1863. Francis Chitrakani, a Catholic from Thonburi, the first professional photographer in Siam
“Photographs of Chulalongkorn as teenager, and probably also those of his first coronation ceremony in November 1868, were the work of Siam’s first commercial photographer, Chit Chitrakani (1830-1892). Under his Christian name, Francis Chit, he had established in 1863 a photographic studio on a floating house near the St. Cruz church, in Thonburi. (...) He was eventually granted the title of Luang Akhani Narumit for his services to the royal household.”
(Pellegi, Maurizio. Lords of Things: the fashioning of the Siamese monarchy’s modern image) 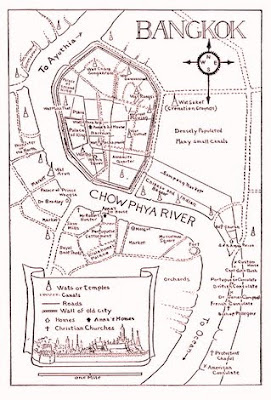